Who is your King?

Many Sovereigns around the world have been killed in insurrections. Is it possible that you have recently executed your King? This is done by selfish choices of many kinds every day. We face each day beholding our King and yet, at various moments throughout the day we state "We have no king but..." Who is your king my friend?
Don't pigeon hole these Jews as a hardened people who are just opposed to Jesus. Yes, Pilate presented them with a final opportunity to set the Lord free, and they rejected Him. But to claim Caesar as their king was an outright political ploy to get what they wanted. Are you any less open to embracing new kings that provide the means to push Jesus away?
The end of this thought is found in the fact that we can have only one king in life my friend. Jesus stated it this way in Matthew 6:24, "No one can serve two masters, for either he will hate the one and love the other, or he will be devoted to the one and despise the other." The crowd was right in saying, "We have no other king but..." Who is your king today? 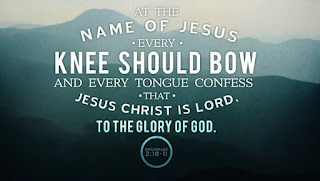