"But that the dead are raised, even Moses showed, in the passage about the bush, where he calls the Lord the God of Abraham and the God of Isaac and the God of Jacob. Now he is not God of the dead, but of the living, for all live to him." - Luke 20:37-38

I have always been amazed at the way some people come to conclusions. Building arguments around straw men is far more common than not. In response to the "If thus and so were to happen, then..." The request of Sergeant Friday from the old TV police drama Dragnet is the best approach... "Just the facts Mam, just the facts".
Jesus answers this theological conundrum with the facts of recorded Scripture rightly interpreted. The words in Biblical passages are written with purpose and precision. If given enough prayerful thought and consideration, answers will be there for any question. "Just the facts" are quite enough.
Do you find yourself confused over "what if" spiritual issues my friend? Rather than seeking a passage to support your viewpoint, study the Scriptures for what they say. It has been well stated, "When the Bible makes sense, don't give it any other sense or you'll have nonsense!" Keep to the "Just the facts" and you never go wrong. 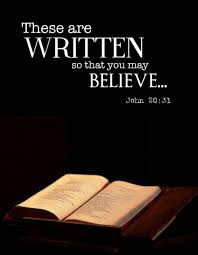