"Have I any pleasure in the death of the wicked, declares the Lord God, and not rather that he should turn from his way and live?" - Ezekiel 18:23

I don't know about other fathers, but for myself the following statement was always true... "This hurts me, more than it does you". Whatever the discipline was for my sons as they grew up; time out, writing "I will not hit my brother" 25 times, being grounded from a favorite activity, or going to bed early, I never enjoyed the process. I knew such guidance was needed, and was always relieved when they got the point and matured in their walk with God. My goal, for both sons, was a spiritually healthy future.
The reader of the Israel's wayward ways and God's chastening hand might grow weary of such sadness. One might conclude that the Lord was a hard taskmaster who had little or no mercy for His people. It could be concluded that God reveled in the retribution of the rebellious. But, the above statement is the Lord's way of saying... "This hurts me, more than it does you." He greatly desired that wicked hearts would turn from their evil paths and be restored to a spiritually healthy future.
No matter how difficult your life has been, when the Lord leads you through the dark valley, there will be joy in the morning. When discipline is necessary, and it often is ...("My son, do not regard lightly the discipline of the Lord, nor be weary when reproved by him. For the Lord disciplines the one he loves, and chastises every son whom he receives.” - Hebrews 12:5-6), know that it comes from your heavenly Father whose goal is a spiritually healthy future. 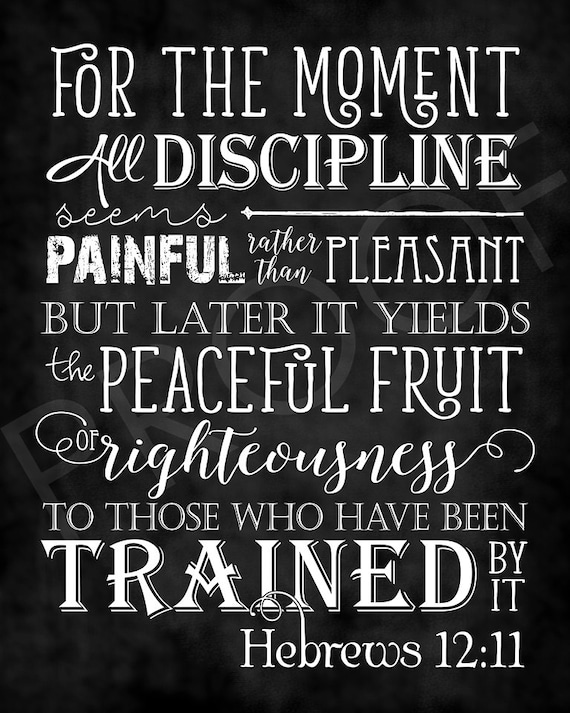