Stand in the breach...

"And I sought for a man among them who should build up the wall and stand in the breach before me for the land, that I should not destroy it, but I found none." - Ezekiel 22:30

Can one person really make a difference? Well, consider this man... He was raised on a rural North Carolina dairy farm. As a teenager, he was turned down for membership in a local church youth group and was almost expelled from Bible College. He was warned, "At best, all you could amount to would be a poor country Baptist preacher somewhere out in the sticks" But, according to his website, he preached to live audiences of 210 million people in more than 185 countries and territories. According to his staff, more than 3.2 million people responded to the invitation to "accept Jesus Christ as their personal savior". He provided spiritual counsel for every president from Harry S. Truman to Barack Obama. When God sought a man... He found Billy Graham.
It was a sad commentary on Israel that no one was found to "stand in the breach". But, will God find someone to do so for your country? Do you doubt that you can be that someone? Start with a simple prayer, "Here am I Lord, send me". Then "stand in the breach" everyday by praying for your world. When God seeks someone to make a difference... Let him find you. 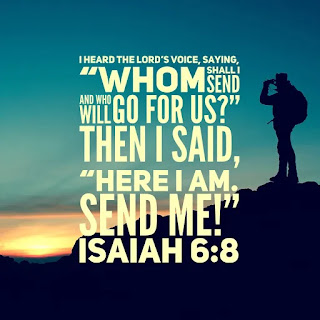