"Now after the king had burned the scroll with the words that Baruch wrote at Jeremiah’s dictation, the word of the Lord came to Jeremiah: “Take another scroll and write on it all the former words that were in the first scroll, which Jehoiakim the king of Judah has burned." - Jeremiah 36:27–28

In 1624, by order of the Pope, Martin Luther's translation of the Bible was burned in catholic communities across Europe. On May 10th, 1933, Nazi youth groups burned 25,000 books that were considered anti-german at a large bonfire in Berlin, Germany. During the months of 2015, it was reported that ISIS burned over 100,000 titles with which they didn't agree. Burning books is like sticking your head in the sand, you can't make them go away.
The book of Jeremiah begins with... “Behold, I have put my words in your mouth." (Jeremiah 1:9). God called the prophet to speak the message of the Lord Himself. The words were convicting and very hard to hear, but they spoke truth that was greatly needed. The Word of God provided the only hope for Israel. Yet, the king took offense and cast it into the flames. Rejecting God's Word is like sticking your head in the sand, you can't make it go away.
I doubt that you sit around the camp fire and burn the pages of your Bible that offend you. But, you might just as well burn them, when you ignore them or refuse to read them. One of the biggest reasons anyone refuses to read the Bible is conviction of sin. As Jesus says in John 3:19, "People loved the darkness rather than the light because their works were evil." You can choose to stick your head in the sand, but you can never make it go away. 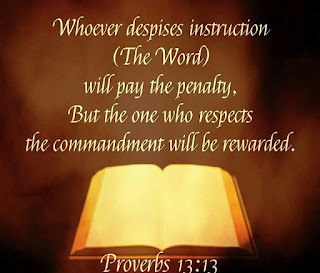