“Come now, let us reason together, says the Lord: though your sins are like scarlet, they shall be as white as snow; though they are red like crimson, they shall become like wool." - Isaiah 1:18

The story is told of a young boy who grew up in Great Britain. On one occasion while quite ill, he watched a parade from his bedroom window. He found it quite unusual that the Royal Guards were dressed in white, rather than their usual red uniform. His mother pointed out that he was looking through a rose tinted widow, and red on red becomes white.
The atoning work of our Lord is hinted at in a number of ways throughout the prophetic Scriptures. From the earliest moment in Genesis 3:21, the provision of God's forgiveness of sin is spoken of in connection with sacrifice. Leviticus 17:11 tells us that ... "it is the blood that makes atonement by the life." We find this truth revisited again and again all the way to Revelation 7:14 when we read ... "They have washed their robes and made them white in the blood of the Lamb." You see, our crimson red sin only becomes white as wool when covered by the red blood of Jesus, the Lamb of God. Red on red becomes white.
How about it my friend? With what have you been trying to cover your sins? How have you tried to remove the stains of ungodly living? Where has your hope been placed for God's forgiveness? The Bible speaks of only one way for crimson sins to become white as wool. Ephesians 1:7 says it quite well ... "In him (Jesus Christ) we have redemption through his blood, the forgiveness of our trespasses, according to the riches of his grace" Red on red becomes white. 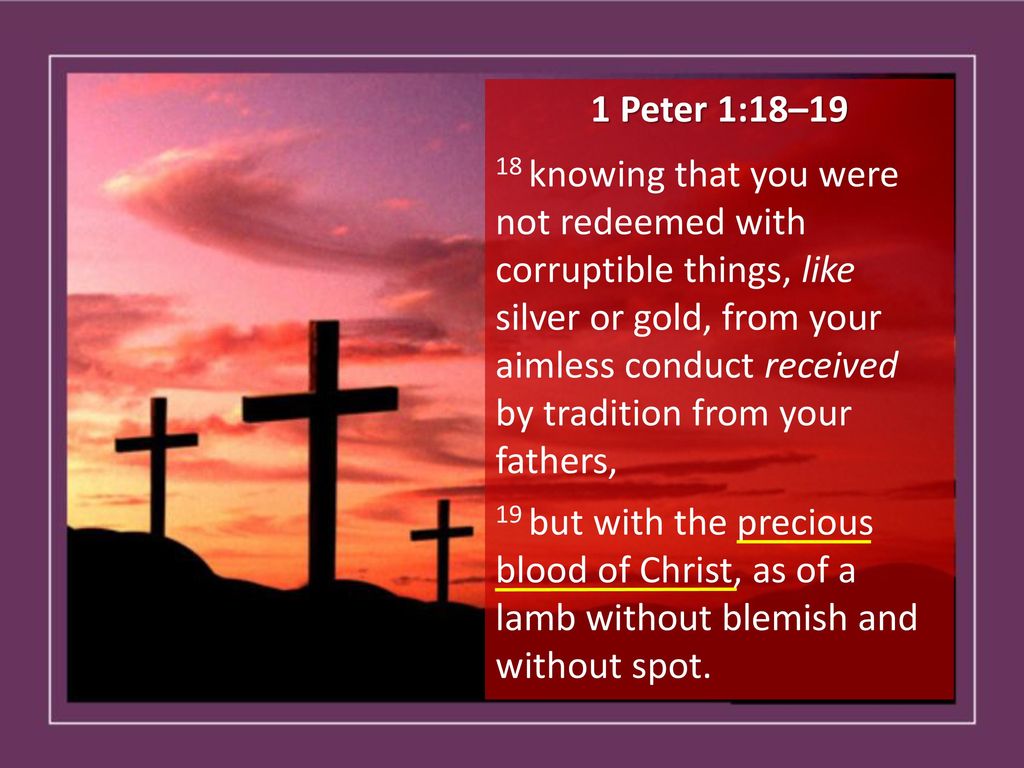