“If you lay gold in the dust, and gold of Ophir among the stones of the torrent-bed, then the Almighty will be your gold and your precious silver." - Job 22:24-25

Harry Pettit, Senior Digital Technology and Science Reporter recently published the following article, dated June 27, 2019: “MIDAS ROCK… Giant golden asteroid contains enough heavy metals to make everyone on Earth a billionaire – and NASA is heading there in 2022”. And so, the latest gold rush begins. Historic records tell us that approximately 65 different "gold rushes" have occurred over the last two centuries world wide. The lust for gold has been driving people into a frenzy for generations. Yet, the purest gold still sits in the heavens.
Eliphaz the Temanite may have been over zealous in his condemnation of Job, but his understanding of that which holds the greatest value was spot on. People, as far back as Job's time lusted after, and treasured gold above all other possessions. Gold has always been a major commodity in the world of materialism. Just like today, people would do whatever was necessary to accumulate the shiny stuff. Yet, Eliphaz knew that the purest gold still sat in the heavens.
The truth presses the mind and heart of the modern materialist. Can there be a something more valuable than the long desired metal called gold? Would it really be wise to leave the gold loaded asteroid Psych 16 alone? Why would anyone throw their gold jewelry, coins, bars, and portfolios away? If gold, and other earthly possessions, have become our greatest treasures, then it's time for us to find a better source. It's time to seek the Almighty as our gold and precious silver, because... the purest gold still sits in the heavens. 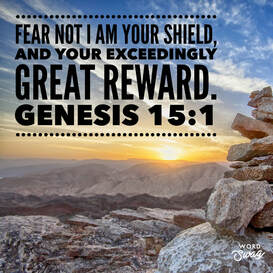