"The LORD, the God of their fathers, sent persistently to them by his messengers, because he had compassion on his people and on his dwelling place. But they kept mocking the messengers of God, despising his words and scoffing at his prophets, until the wrath of the LORD rose against his people, until there was no remedy." - 2 Chronicles 36:15-16

I greeted Ron after the Sunday morning service, and once again I asked if he'd seen a doctor. His wife chimed in that everyone in the family had been after him to make an appointment. But, Ron was determined to ride it out until he felt better. Tuesday morning I received a call. Ron had passed away at home from advanced cancer. The warnings were many and persistent, but after months of resistance... there was no remedy.
The people of Israel pushed off the persistent messengers and mocked at the Lord's compassion. They despised the "archaic" words that called for confession and repentance. The time passed by with very little notice until everything changed. The day came when Lord gave the nation into the hands of the enemy, and they had no compassion for young or old alike. After years of sinful rebellion ... there was no remedy.
Sin is spiritual cancer. It can eat away at the soul with very little notice. We hear the warnings from pastors, counselors, family and friends. But, we resist the compassionate and loving words, believing that we're all good. Sin deafens the heart to wake up calls over and over again. The Lord is persistent as he seeks to deliver us from spiritual danger. But, if we determine to have it our way, after a while the harvest of sin will become ripe and ... there will be no  remedy. 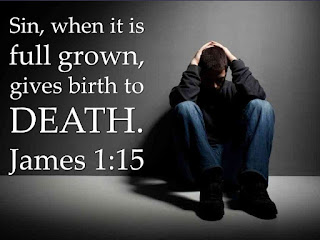